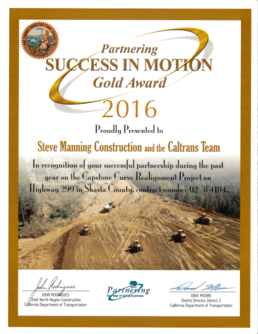 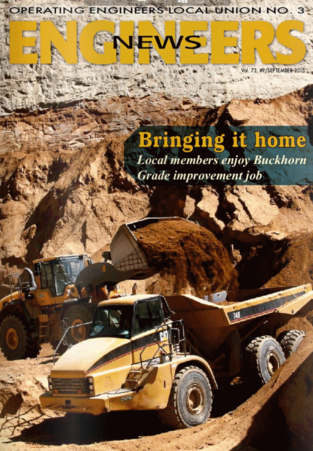 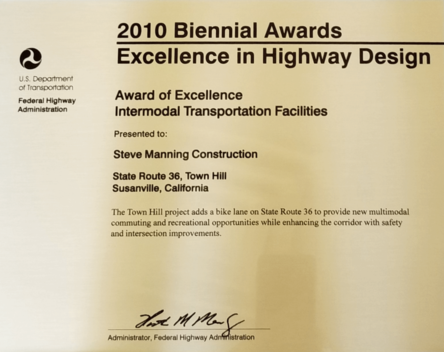 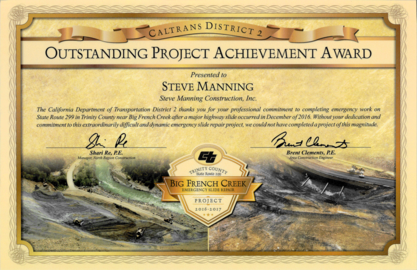 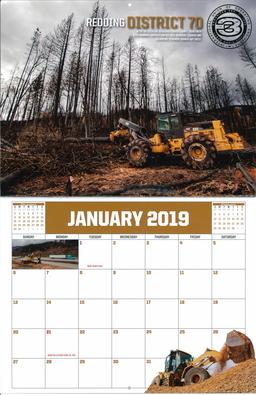 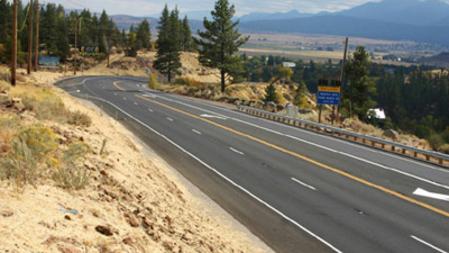 The intent of the Partnering Success in Motion awards is to recognize the excellent work of project teams working on on-going projects. The projects were scored by two Caltrans managers and one manager from the Associated General Contractors (AGC) of California.

In 2010 Steve Manning Construction, Inc. received the Award of Excellence for the following project:

The Town Hill project adds a bike lane on State Route 36 to provide new multimodal commuting and recreational opportunities while enhancing the corridor with safety and intersection improvements.